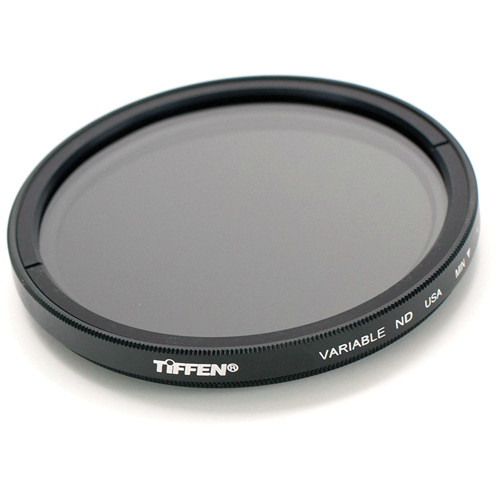 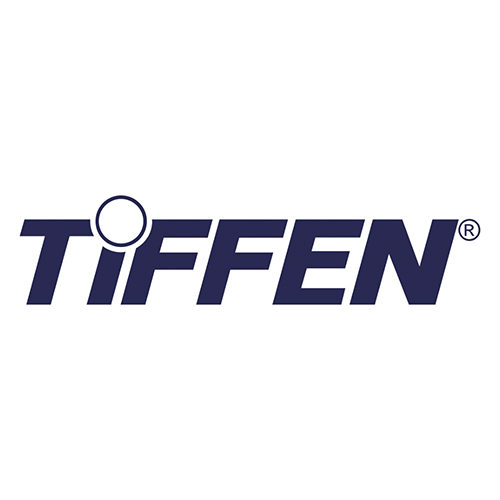 Provides 2 to 8 Stops of Light Control

Use to Create Blurs/Special Effects

The 67mm Variable Neutral Density Filter from Tiffen offers a unique way of maintaining total control over your depth of field as well as presenting an efficient way to create some special effects. The filter is designed with a built-in rotating ring that controls neutral density ranging from 2 - 8 stops (0.6- 2.4). The heavier the density, the slower your shutter speed will be. This longer exposure allows the shutter to remain open long enough to record the same amount of light but will also create movement within the shot. Another major benefit of this filter is the elimination of having to buy and carry around individual neutral density filters. With this one filter, you can rotate to the degree of ND you want - a real time and money saver.

Simply mount the filter on your lens, set it to "Min" density then frame and focus. Care must be taken with focusing at heavier densities to make sure focus is accurate. However, if it isn't, switch to manual focus and rotate to the desired degree of filtration.

For example, if your standard exposure without the filter is 1/500 @ f/8 and you then set the filter to "Min", you change the shutter speed to 1/125 at the same aperture - thereby losing 2 stops of speed while gaining a hint of "blur" in the image. If that's not enough filtration, continue rotating the filter until you reach the shutter speed you desire. Using the above example, you can even get down to 1/2 second @ f/8 (8 stops). It should be noted that the calibration marks on the filter ring are to be used only for reference and should not be regarded as accurate settings for specific densities.

A Neutral Density filter is used to create some unusual special effects such as capturing the "blur" of the rippling water of a waterfall or the swirling effect of city traffic. Since it allows the use of slower shutter speeds in bright light, it becomes possible to create these special effects that would normally not be possible to capture without the filter. And, since it can also help to control your depth of field, it permits you to shoot at wider apertures. Ultimately, its value is in helping to prevent bright, overly washed out images shot in bright light.

The ColorCore process allows Tiffen to control the color and density of their filters, and the characteristics of special effects filters with much greater accuracy than typical dyed-in-the-mass filters, which usually exhibit color and density variations. In this way, Tiffen can better control the various densities of their filters and thereby create more exact degrees of filtration.

It allows you to have continuous control over the amount of light coming through your lens in an approximate range of 2 (ND 0.6) to 8 (ND 2.4) stops

To enable slow shutter speeds to be used, especially with high speed ISOs, to record movement in subjects such as waterfalls, clouds, or cars

To decrease depth of field by allowing wider apertures to be used, which helps separate subjects from their background

To allow cine and video cameras (which have fixed shutter speeds) to film subjects such as snow, sand or other bright scenes which could cause overexposure

The ColorCore process allows Tiffen to control the color and density of their filters, and the characteristics of special effects filters with much greater accuracy than typical dyed-in-the-mass filters, which usually exhibit color and density variations. In this way, Tiffen can better control the various densities of their filters and thereby create more exact degrees of filtration 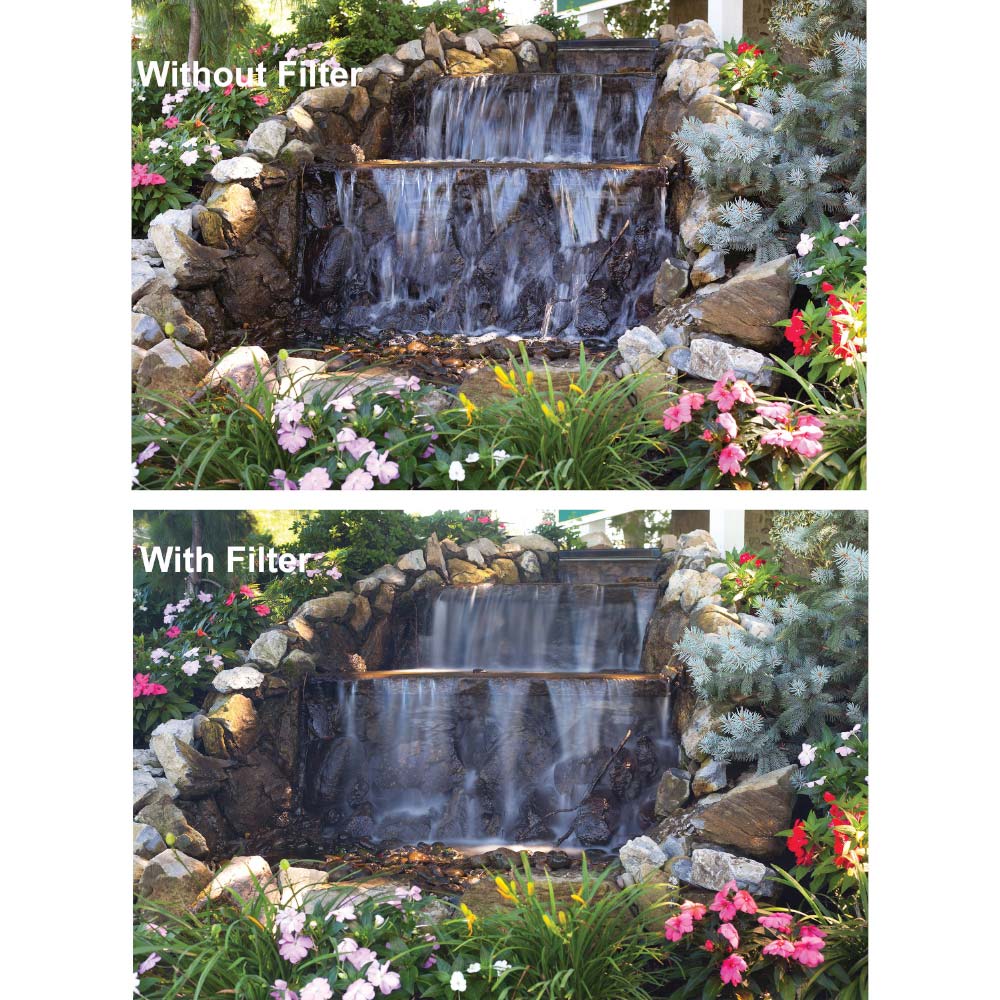