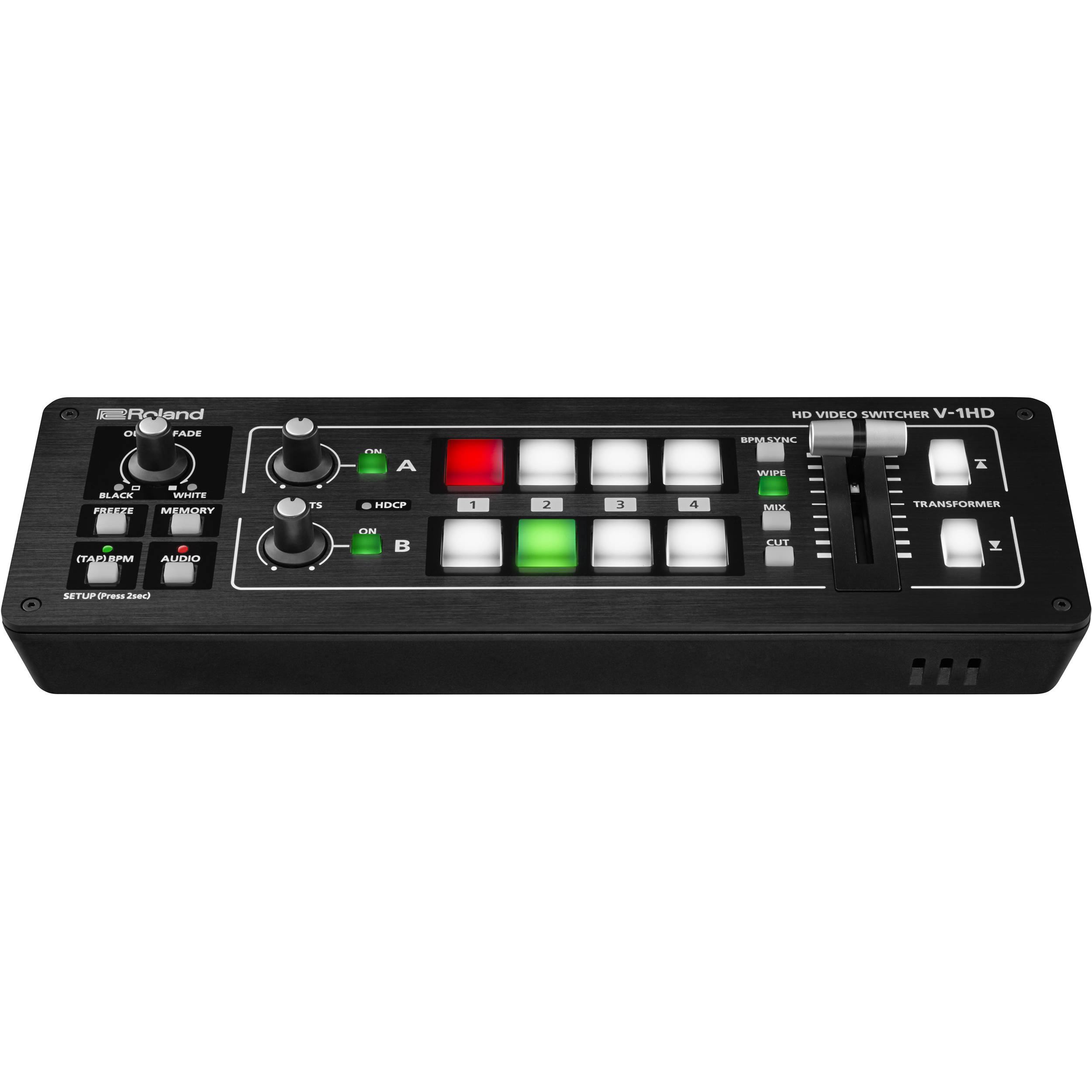 Roland's V-1HD 4 x HDMI Input Switcher is a portable solution for HD video production that accommodates up to four HD inputs. The inputs each have a frame buffer/TBC so you don't need to genlock your input sources together. You can control the switcher manually by using the built-in controls, or connect it to a computer or iPad running optional software for electronic control. Select your working resolution and switch between your four input sources. Built into the switcher is a 12-channel audio mixer which can de-embed and embed audio signals from HDMI.

The integrated T-fader allows you to manually control the speed of transitions, or you can use the take button to actuate your selected transition. The unit features a program and multiview preview output, as well as an analog audio input and output. Though small in size, it allows you to perform picture-in-picture, green screen, and other keying effects, while a transform control enables advanced video effects on your footage.

This portable HD switcher supports four inputs of HD video, allowing you to select 1080i, 1080p, or 720p as your input source. Each input incorporates a frame buffer/TBC that allows you to use non-genlocked cameras, as well as play-out devices as video sources. You select the broadcast system (59.94/50 Hz) within the menu. The format selector switch is a global switch that affects the input and output format. However, with the switch in either of the 1080 options, the V-1HD enables input of both 1080i and 1080p signals.

The built-in 12-channel audio mixer allows you to de-embed audio from the HDMI stream, mix, and re-embed the audio into your output stream. The audio mixer is accessed by a connected PC running the available software.

The V-1HD features two HDMI outputs—one output always shows your switched program output, while the other (preview) can be switched between program output and multiview of your four sources.

The soft rubber backlit buttons allow you to easily see the condition of your switcher, even in dim lighting conditions.

By using the T-fader bar and the BP-Sync button, you can deliver visuals synced to a music performance.

The Memory button allows you to save or recall up to eight presets, and the Freeze button can temporarily pause the incoming video.

These buttons can be used to switch your video instantly or for applying effects.

The T-bar lets you control the speed of your selected transitions.

You can select to fade your output video to either black or white.

Remote control is possible with the V-1HD RCS dedicated computer software for Mac OS X and Windows, or the V-1HD Remote iPad app connected via a USB cable. The application offers a detailed view of the connected V-1HD and can be used to switch video, mix audio, or change settings. You can control the unit from a music instrument or a sequencer via the MIDI input connector via MIDI. The V-1HD also transmits MIDI over USB and its controls can be mapped to popular visual performance software applications. Please use the Lightning to USB Camera Adapter to connect an iPad to the V-1HD.

HDCP compliance can be enabled within the menu. 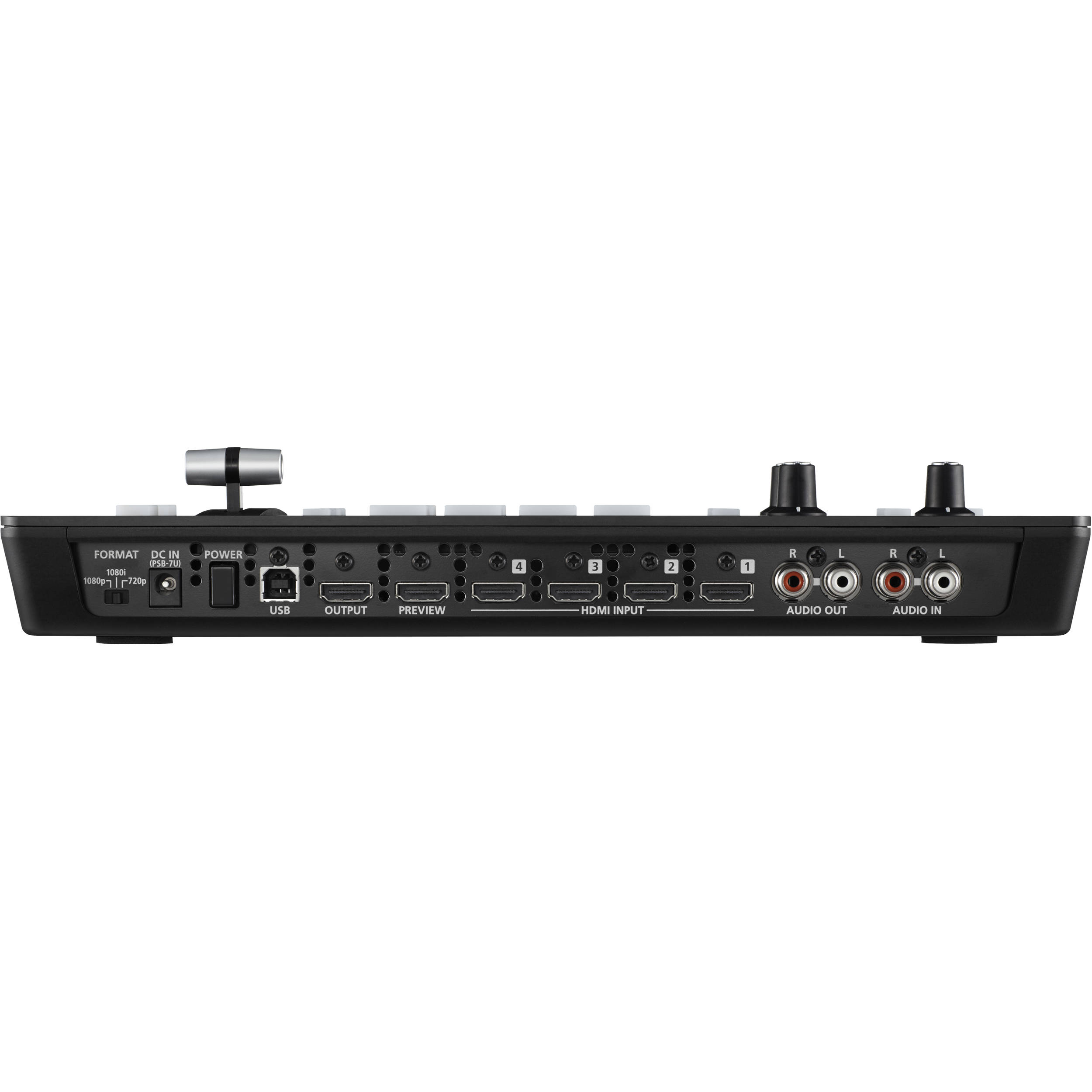 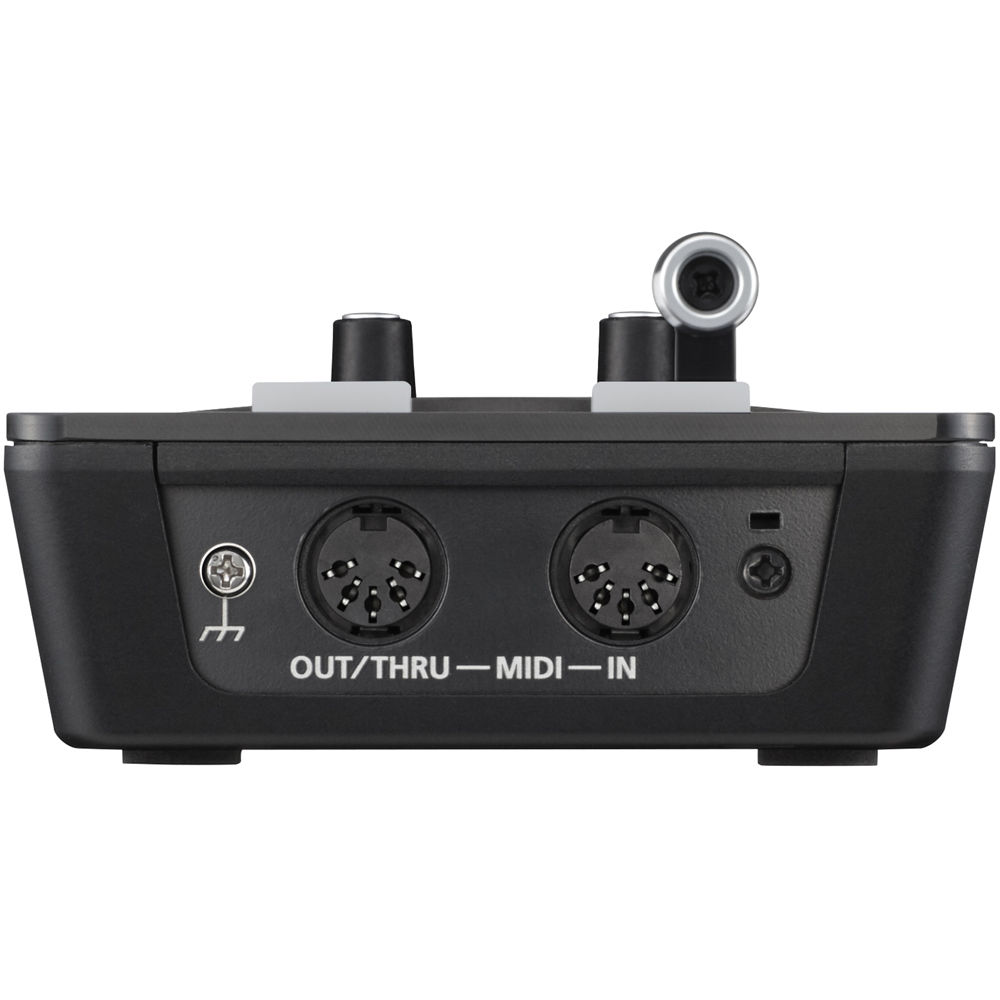