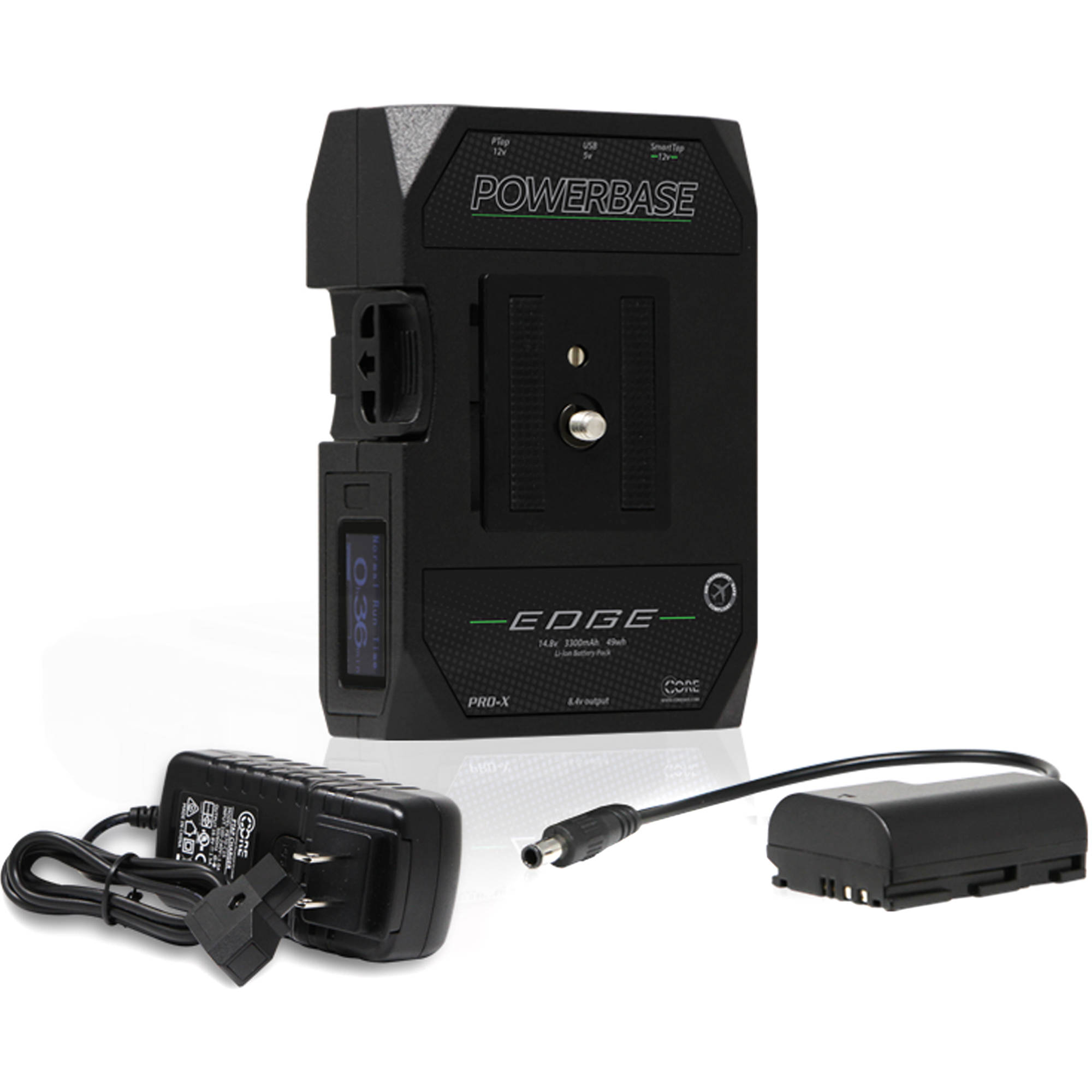 Only 1 Left In Stock

This Core SWX Powerbase EDGE Bundle includes the Powerbase EDGE V-mount battery, an LP-E6 dummy battery power cable for the Blackmagic Design Pocket Cinema Camera 4K and 6K, and a D-Tap wall charger. Connect the DC coupler cable into the 8.4 VDC barrel output on the battery to power your camera. To charge the battery, use the included wall charger.

The Core SWX Powerbase EDGE in a V-mount is a 14.8V, 49Wh, lithium-ion battery featuring an 8A continuous draw. This follow-up to the popular Powerbase 70 battery offers multiple modes of use. In addition to the V-mount, which allows it to be used with all cameras supporting a V-mount battery, the Powerbase EDGE has an 8.4V regulated DC output, a D-Tap output, a SmartTap output, and two USB ports.

Using the appropriate Powerbase EDGE power cable (sold separately), you can connect the battery to most mirrorless and DSLR cameras via the 8.4 VDC output. The SmartTap output, which is a Core SWX innovation, is a standard D-Tap connection with additional contacts inside that communicate SMBUS/smart battery data to compatible cameras. Other than this, it works just like a regular D-Tap port and supports standard D-Tap cables. Accordingly, you can use either the SmartTap or D-Tap port to power a camera using an optional D-Tap cable. The remaining one can be used to power an accessory, and likewise the USB ports can be used simultaneously with any of the other power options to power 5V accessories or charge mobile devices. The D-Tap port also functions as a charging port and supports D-Tap chargers such as the Core SWX PB70C15.

The Powerbase EDGE has an LCD on the side that provides runtime in minutes. Located on the side, it's easy to check on and read during production. Moreover, a button-activated backlight allows you to see it clearly in dark environments.

This Powerbase EDGE Cable from Core SWX allows you to power devices that use Canon LP-E6 batteries from the Core SWX Powerbase EDGE battery. The cable runs 6" long and features an LP-E6 dummy battery on one end and barrel connector for the Powerbase EDGE on the other.

The Core SWX PB70C15 D-Tap Charger provides a quick charge current of 1.5A and can be used to charge any battery with a D-Tap charging port, such as the Core SWX Powerbase EDGE and Nano batteries. This portable charger features a D-Tap connector on one end and U.S. wall plug on the other, and it supports 90-240 VAC worldwide-compatible input voltage, so it can be used anywhere in the world with the right plug adapter, sold separately. The charger also has an LED indicator on the front that changes from red to green when your battery is fully charged. 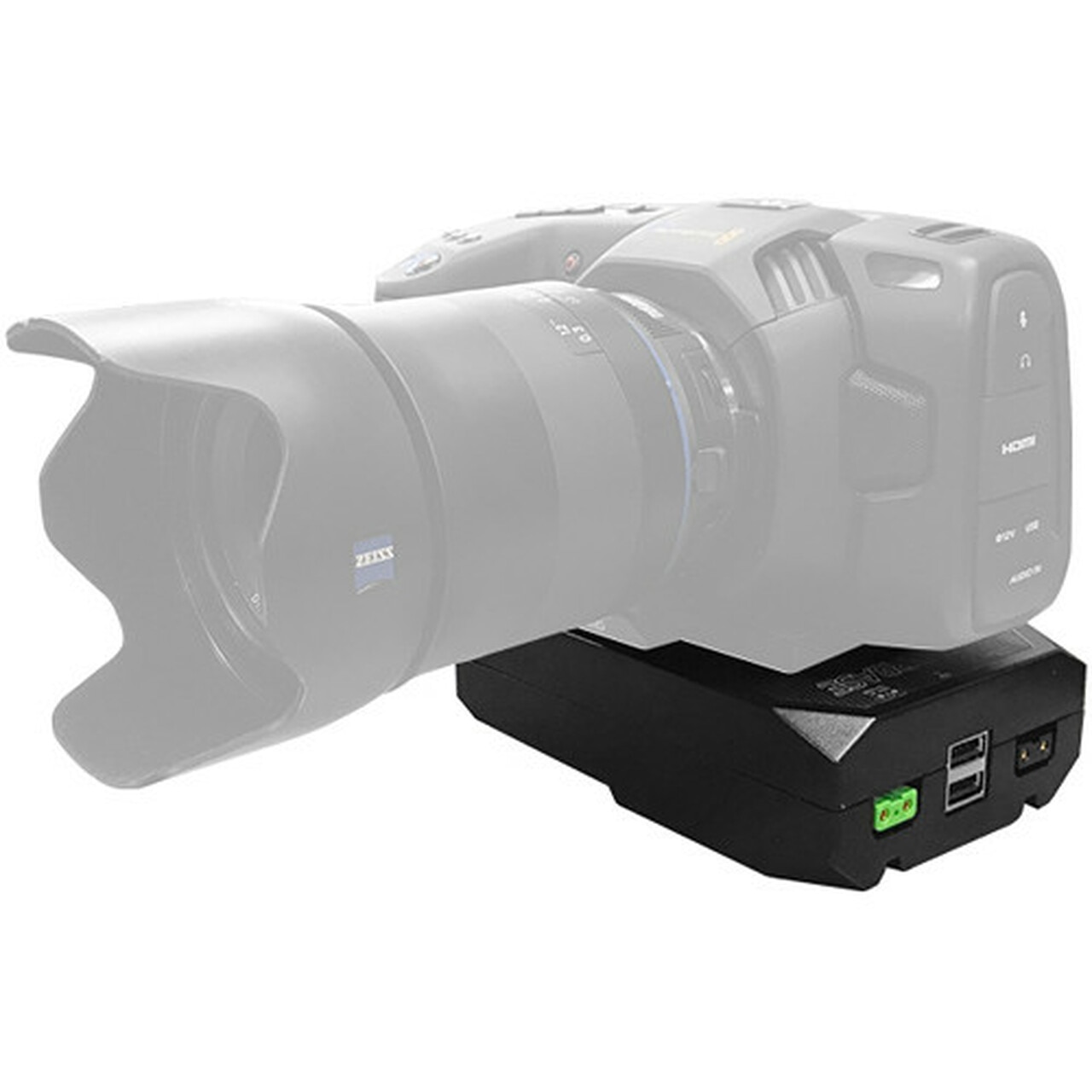 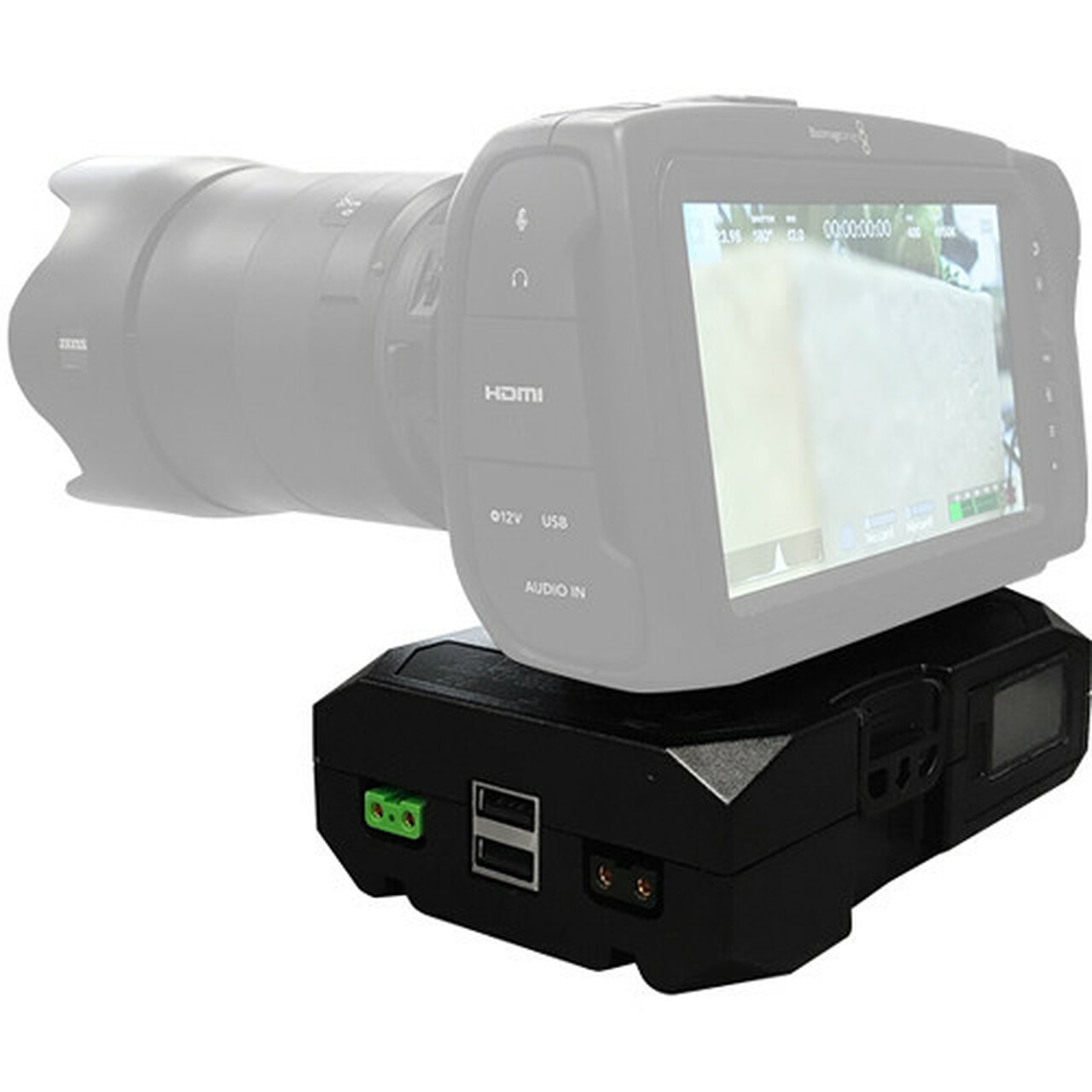 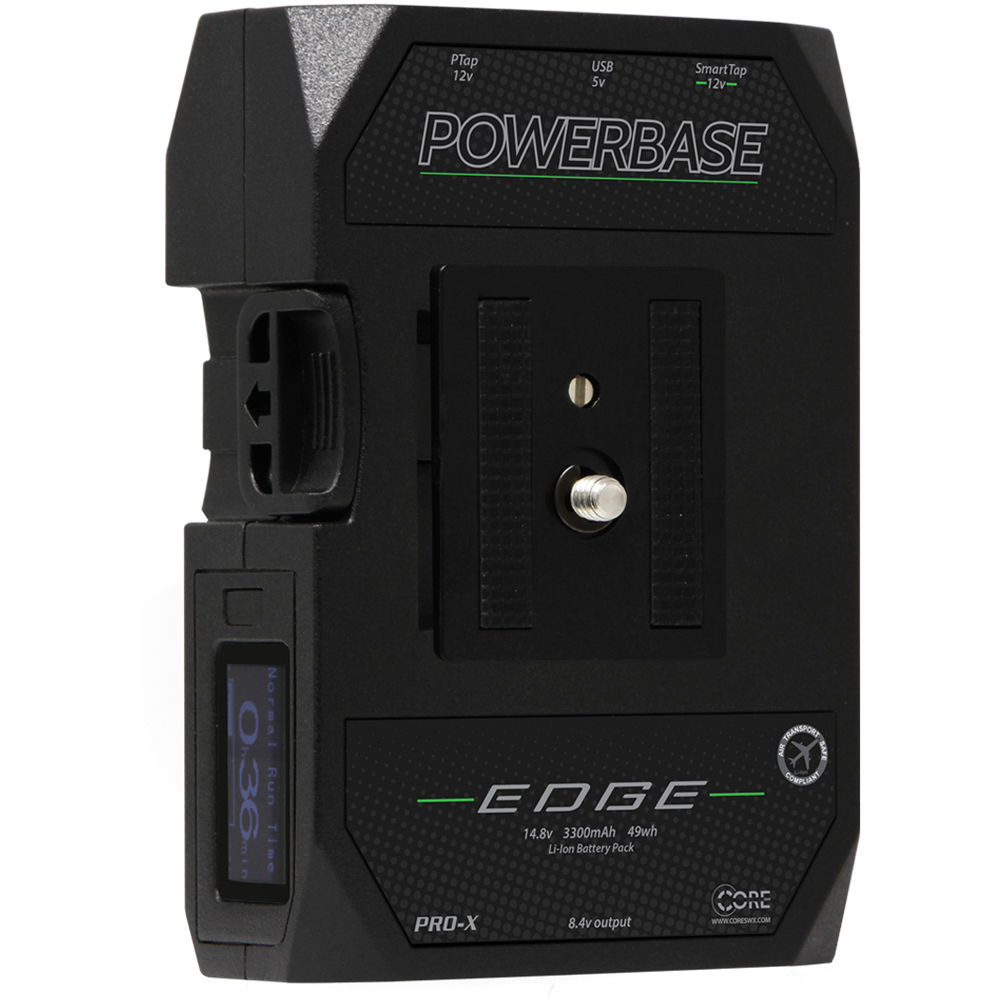