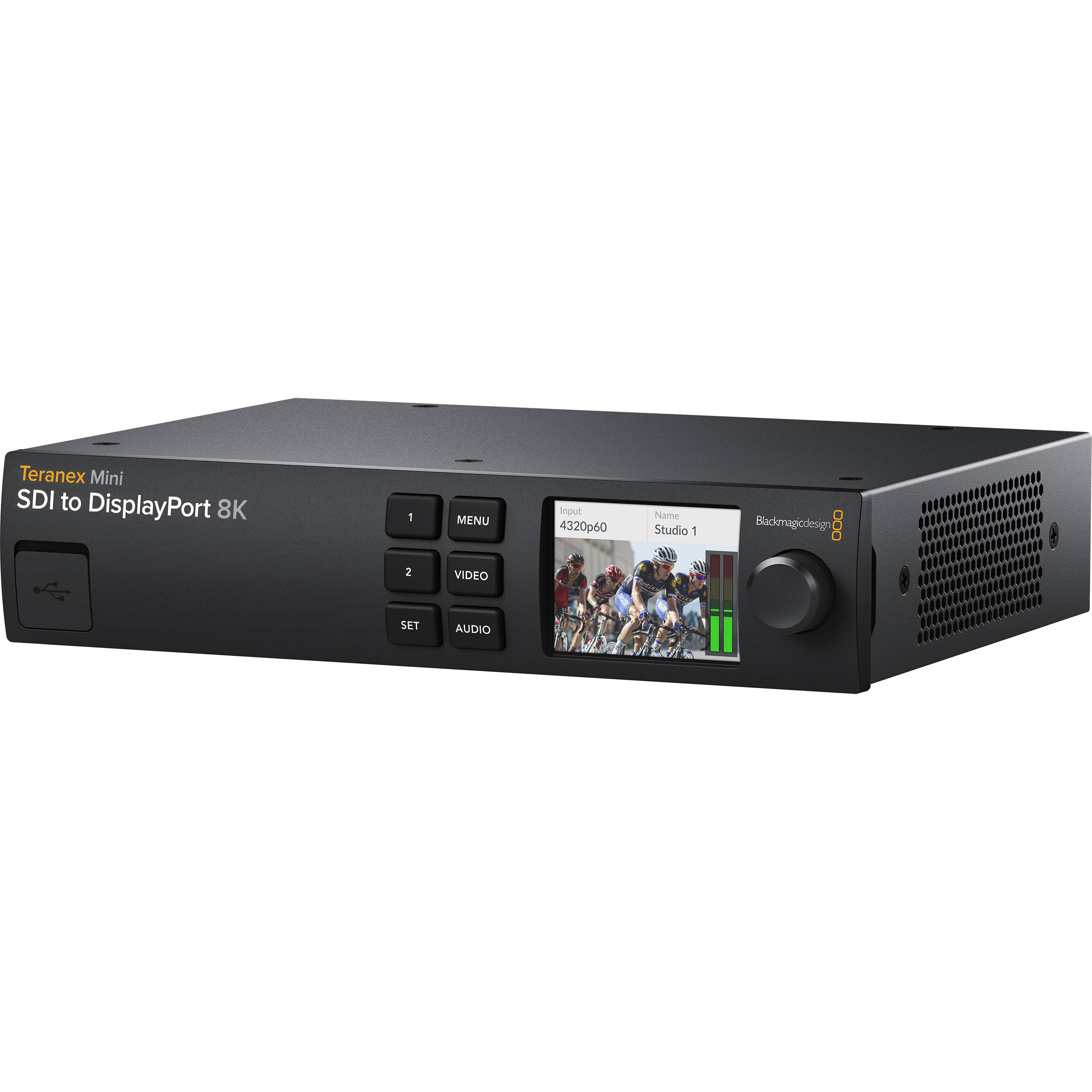 The Teranex Mini SDI to DisplayPort 8K HDR Converter from Blackmagic Design provides an advanced 8K monitoring solution. Its DisplayPort outputs enable you use pro monitors like the Apple Pro Display XDR as part of your on-set or post-production monitor setup. The four 12G-SDI inputs support 4K signals independently or an 8K input signal together, either DCI 8K or 8K video split into four UHD signals. It can use third-party calibration probes such as the SpectraCal C6, X-Rite i1 Display Pro, or the Klein K10-A probe to accurately align connected displays for precise color. The built-in, color LCD screen displays not only the video image, but it can also display two on-screen scopes selected from WFM, Parade, Vector, and Histogram options.


The 8K is available on the four SDI outputs, via the single USB-C DisplayPort output, or the two full-size DisplayPort outputs for monitors that support quad HDMI inputs. If you are not connected to an 8K monitoring solution, a built-in down-converter enables you to display the 8K input video on an Ultra HD or HD monitor. This unit will convert between 2SI and square division automatically. The Mini SDI to DisplayPort 8K HDR solution supports a variety of HDR workflows including PQ and HLG, and it supports both Rec. 202 and Rec. 709 as well as 100% of the DCI-P3 format. Two independent 3D LUTs can be loaded at the same time, and you can switch between them from the unit's front panel. In addition to the LCD video screen, the front of the Teranex Mini SDI to DisplayPort 8K HDR Converter features a rotating selection knob and six front-panel buttons for navigating. Use the included rubber feet for desktop mounting or support the converter with the separately available Teranex Mini Rack Shelf.

Compatible with pro monitors like the Apple 32" Pro Display XDR

Supports third-party calibration probes like the SpectraCal C6, X-Rite i1 Display Pro, and the Klein K10-A for accurate alignment on connected displays

Overlay up to two live scopes on the monitor 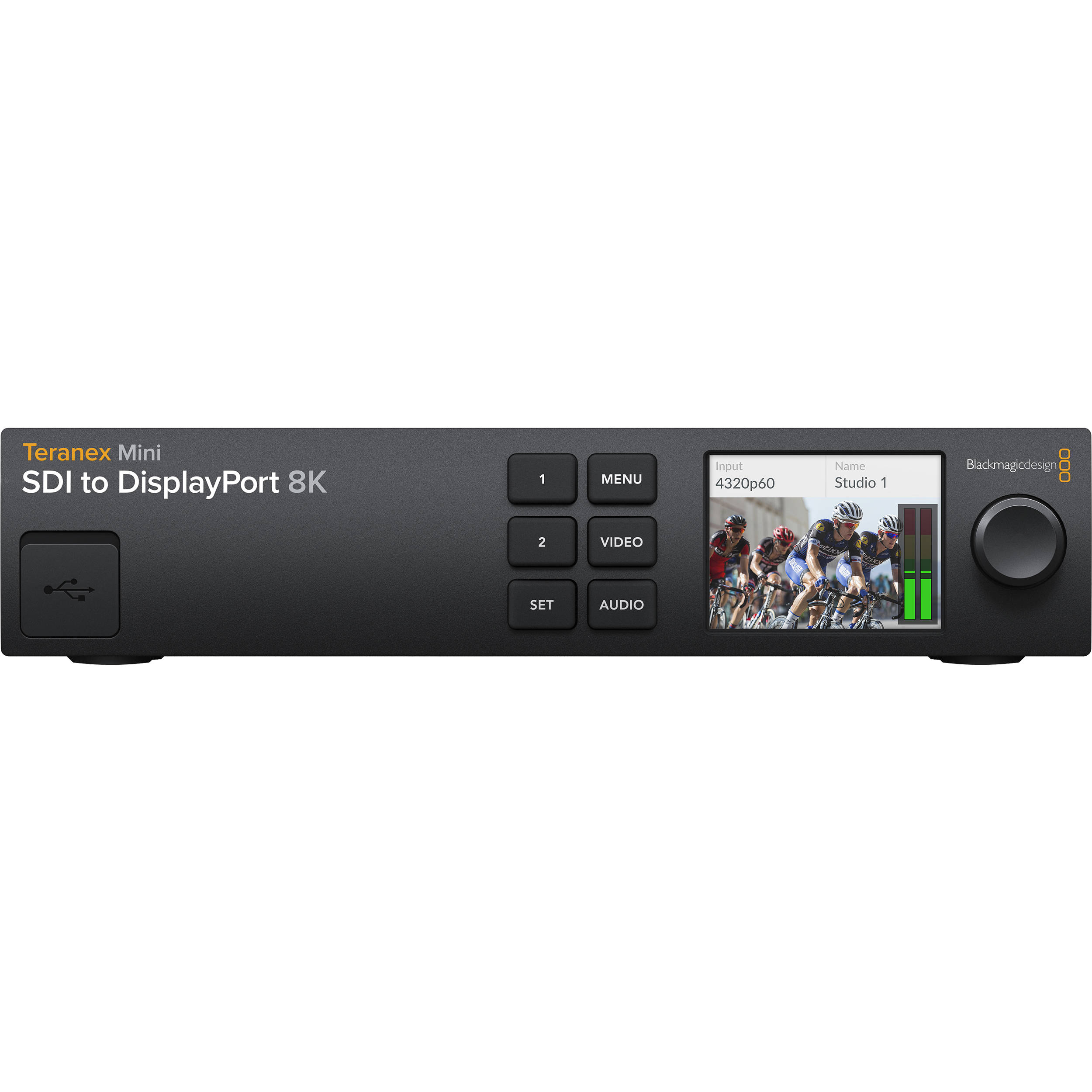 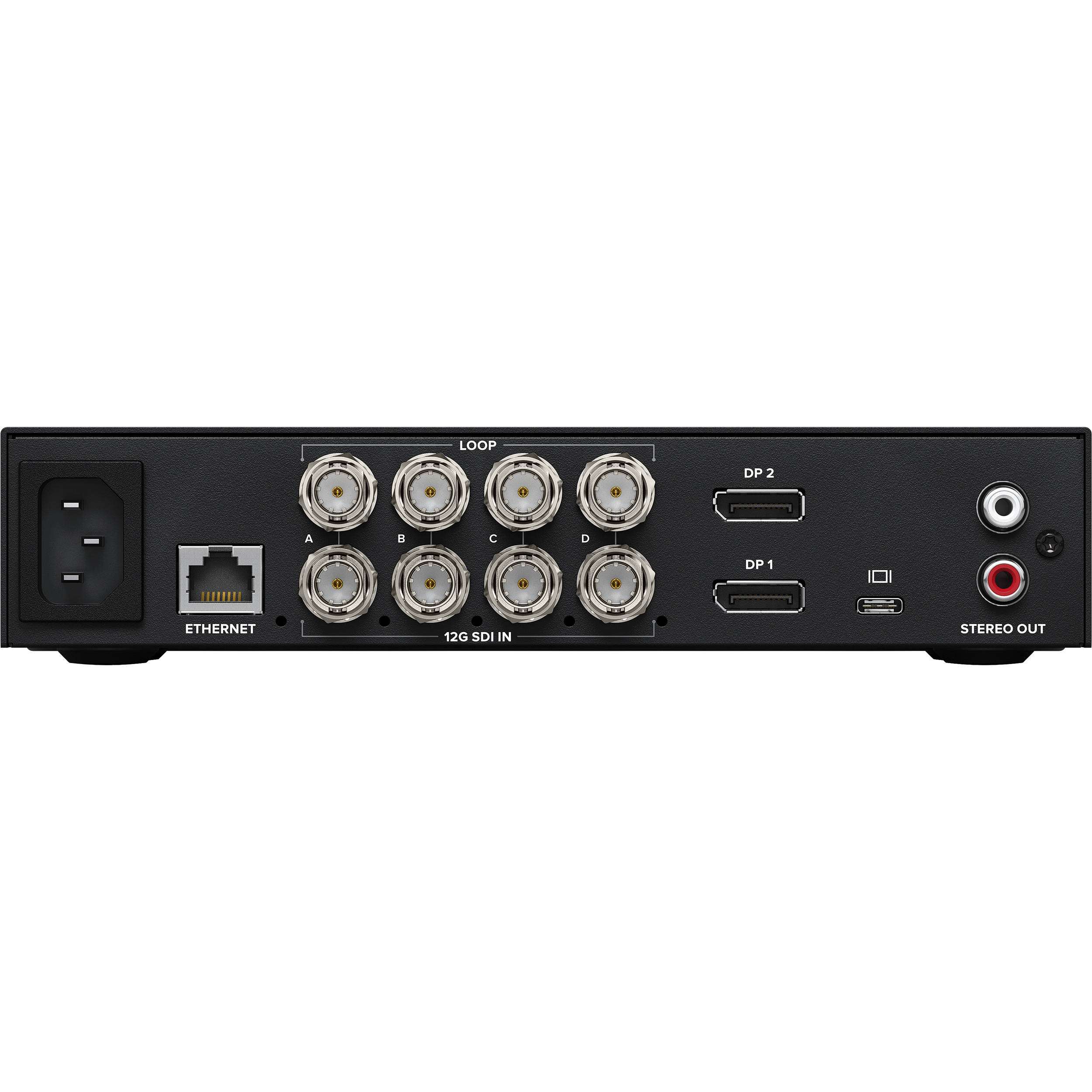