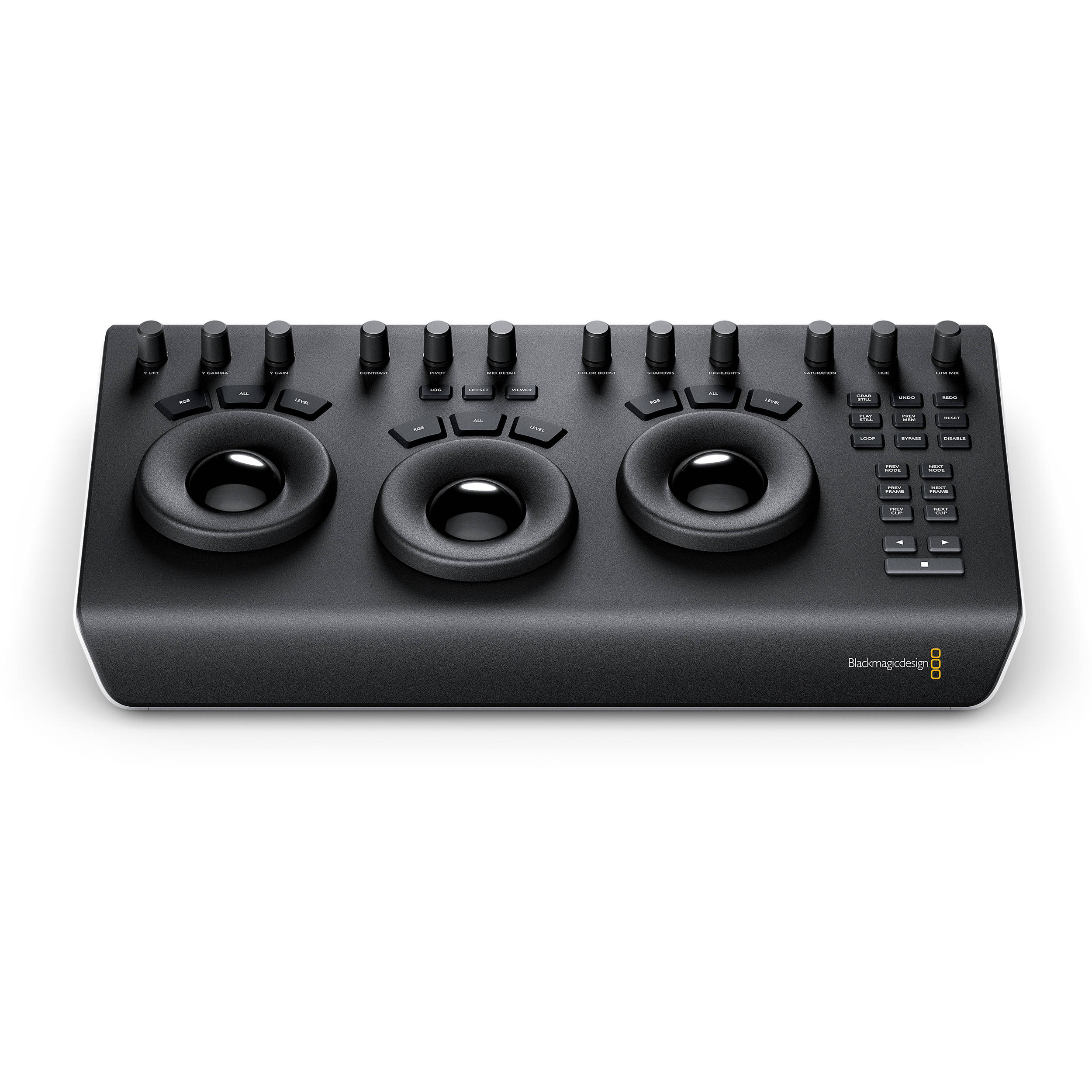 The DaVinci Resolve Micro Panel from Blackmagic Design is a portable control surface that provides more control and a faster workflow to DaVinci Resolve software than working with a keyboard and mouse alone. Suitable for editors and colorists that need a portable control surface. It features three high-resolution, weighted trackballs and 12 control knobs for accessing essential primary color-correction tools in the Resolve software. Eighteen dedicated keys on the right side also give you access to the most commonly used grading features and playback controls.

The Micro Panel uses a USB 3.0 Type-C interface that allows you to connect to a computer or laptop and power the panel, alleviating the need for a separate power supply. It also interfaces with Mac, Windows, or select Linux systems. For the panel to work with Resolve, your computer must be running DaVinci Resolve 14.3 or DaVinci Resolve Studio 14.3 or later. An included USB 3.0 Type-A to USB Type-C cable provides backward compatibility for systems that have USB 3.0 Type-A ports.

Small enough to take with you, so you can bring it to any Resolve system (14.3 or later) and do color correction on location or at the editor's suite

Interfaces with and controls software

Control knobs are grouped into four sets of three knobs

Increases or decreases overall image saturation, you can turn your color image into a grayscale image with this control. 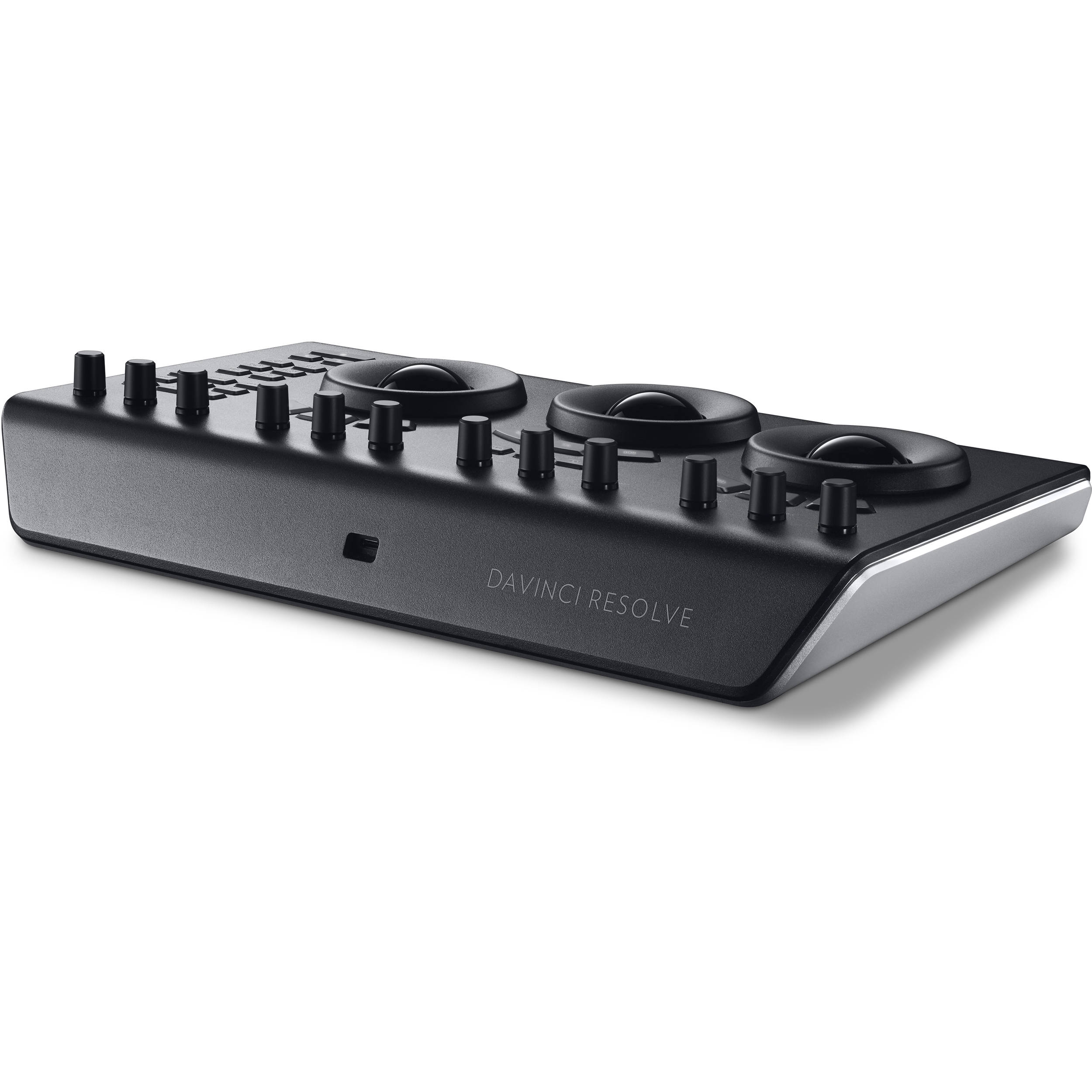 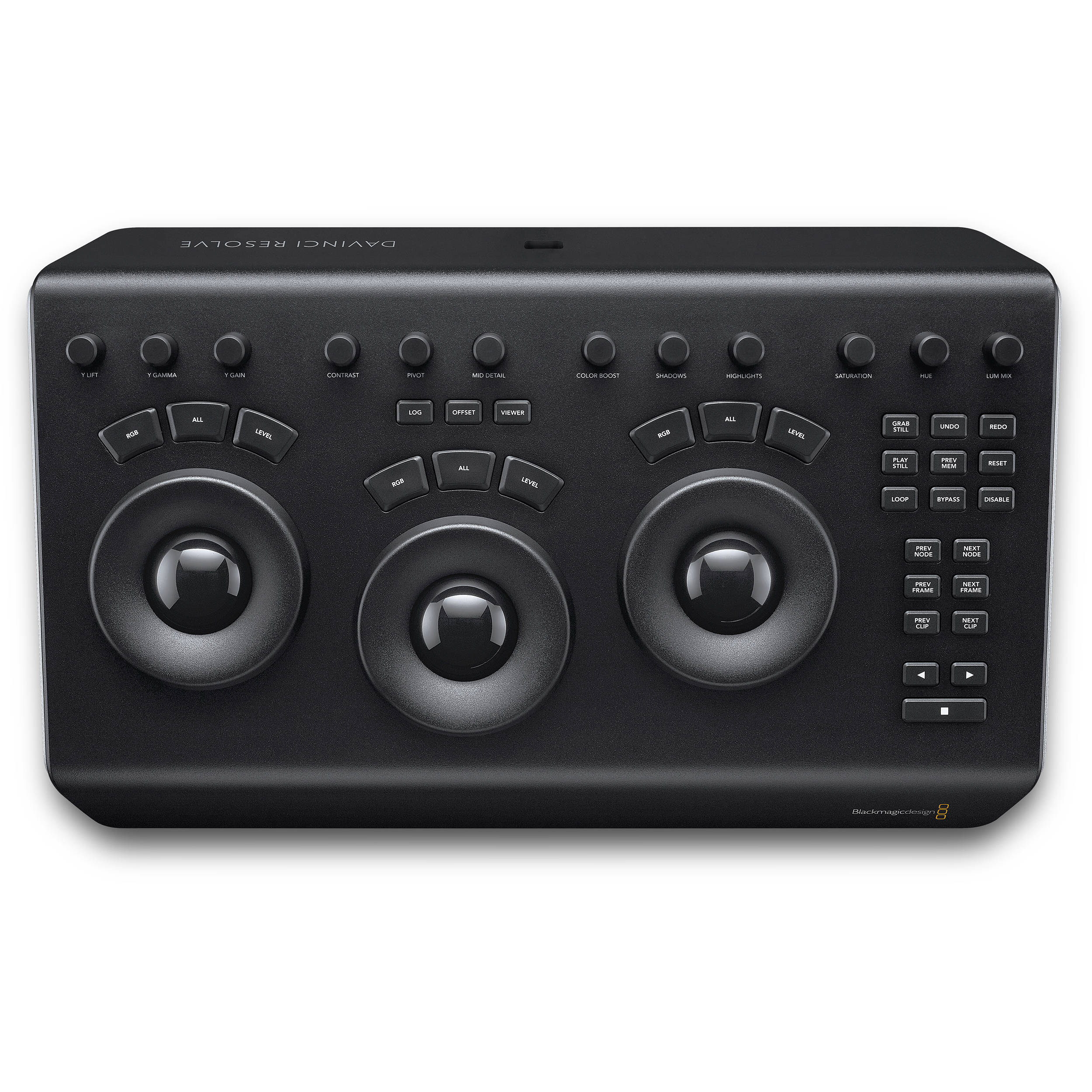 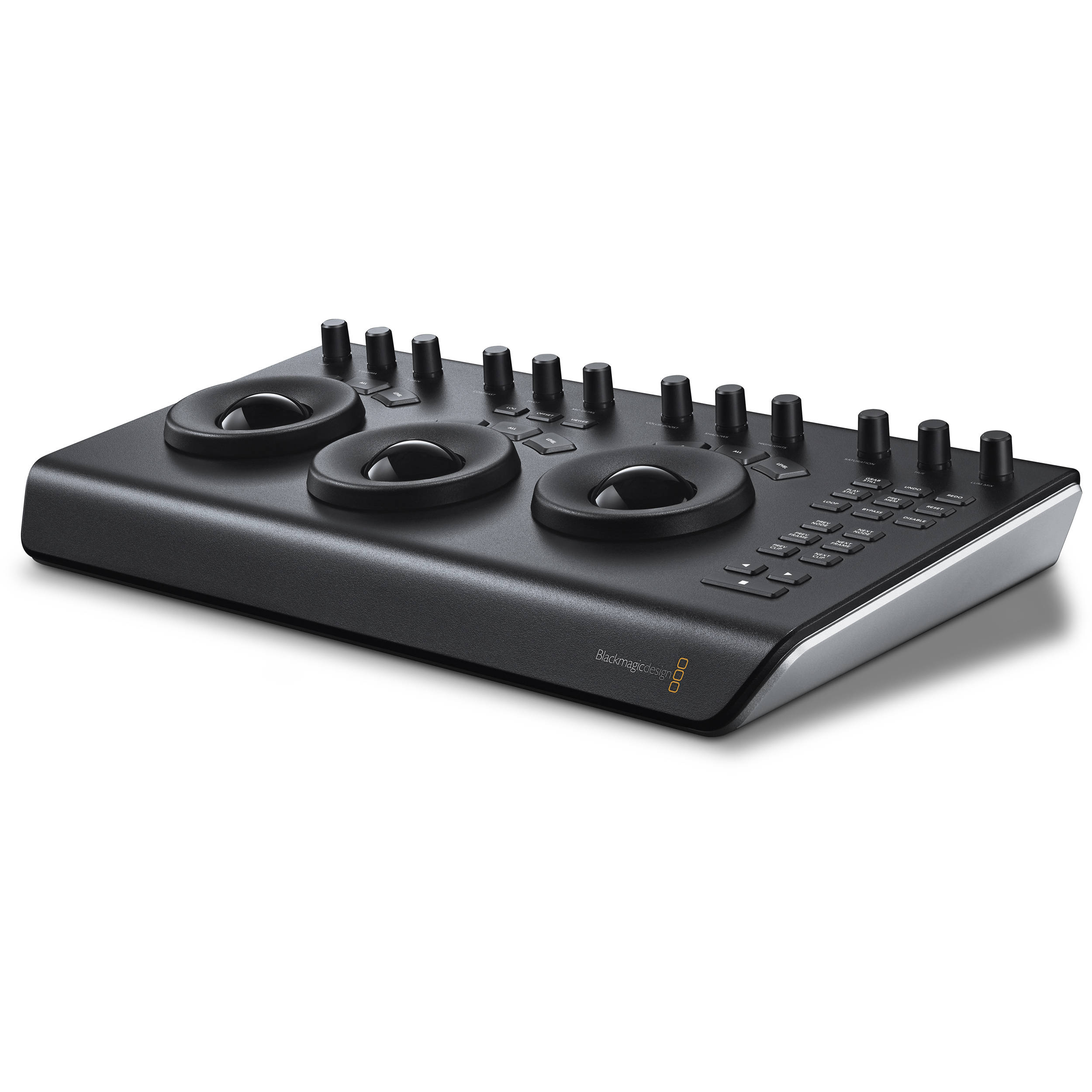